TUPIRA, Papua New Guinea (Monday, March 20, 2017) – The World Surf League (WSL) Kumul PNG World Longboard Championships got men and women’s elimination Round Two in the water for another massive day of competition. Crucial matchups were on offer and the waves only proved better to begin the morning’s action. Continued three-to-six foot waves poured into Uligan Bay and reeled through the Tupira lineup as brilliant performances from top competitors shined in the immaculate conditions.

Yesterday’s no shows in Round One provided the top seeded surfers, Steven Sawyer (AUS) and Matthew Moir (ZAF), a direct pass into Round Three — bypassing Heats 1 and 2 in the day’s action.

PNG was represented once more with their National Champion Titima Mange (PNG) pitted against event threat Jared Neal (AUS) in an exciting matchup that witnessed a pure barrel fest. Mange put himself in the deepest positions possible looking for the big scores and nearly pulled out a huge upset over Neal. After just missing the exit on what may have been the highest score of the heat, Mange earned yet another cover up that he flew out of for a 7.40 (out of a possible 10). 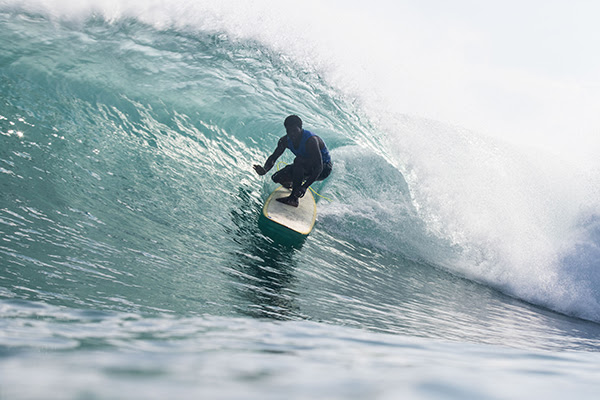 But, Neal’s veteran knowledge in both competition and waves of consequence paid dividends in the dying minutes. After Mange took off on the first wave, Neal pulled into a Tupira bomb that earned him the highest score of the event — a near-perfect 9.17.

“It was such a good one that I could see from the start of the wave and knew it would be a nice one,” Neal said. “I had couple earlier in the heat that sort of pinched me, but that one I was able to hang on and get nice and deep. My others I was putting my butt down a bit more and slowing down too much so that last one I just tried to stay over my board and get out of that last section at the end. We had a great time out there talking a bit about what we do and next thing you know he drops that 7.40. It was super good though even if he had me a bit stressed, he’s a great guy in this amazing venue.”

Just prior to the high drama, Brazilian Jeferson Silva (BRA) came out victorious in his dual with Tupira’s own Akun Alois (PNG) in Round Two, Heat 3 to start the day. Silva eliminated the PNG-native who walked away with a smile on his face after making one last historical appearance.

One of the most complete heats in Round Two was witnessed by Tony Silvagni’s (USA) incredible blend of style and progression to earn an excellent 8.33. The North Carolina representative then backed it up with a massive layback after a stylish hang-ten that led up to the big maneuver for a 9.00 — the highest single-scoring wave of the Round Two. Silvagni hasn’t cracked a big result on the WLC stage and showed he may be a threat to watch here in PNG with the highest heat total of the event thus far — a 17.33. 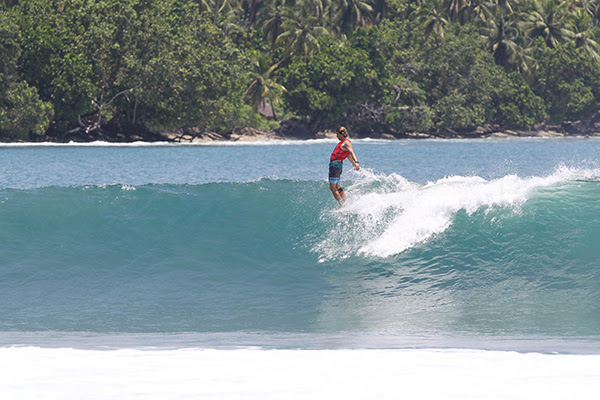 “That was just incredible, I didn’t make it past Round Two in China and I just really wanted to make that heat,” Silvagni said. “The crowd’s amazing, they’ve been hanging out here in the heat all day and Papua New Guinea’s just a special place. After that heat yesterday where I hit my face on the reef, buckled my board, I was really amped to go out there and showcase my talent. Every heat counts and going into the next round I have to surf smart and choose the right waves.”

Kaniela Stewart (HAW) earned an excellent score of his own in the following heat with an 8.17, combining a stylish hang ten directly into a deep bottom-to-top turn combo before finishing with one last roundhouse. The 15-year-old Hawaiian showed he’s up to the challenge at PNG and upset higher-seeded surfer Aurelien Meynieux (FRA). 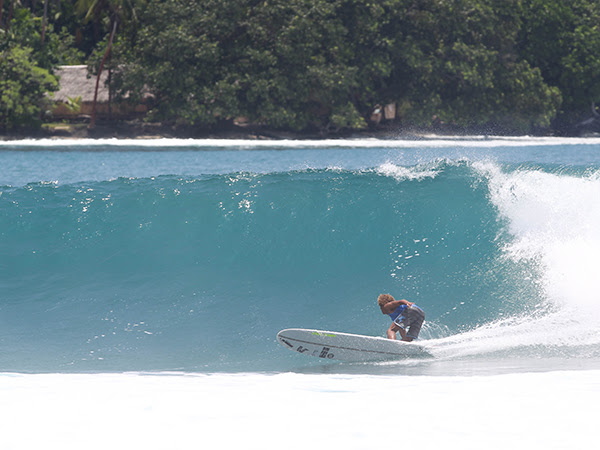 Caption: Kaniela Stewart (HAW) may only be 15-years-old, but his powerful drive off the bottom is that of a seasonsed veteran.
Credit: WSL/ Hain

“That was so much fun out there and I couldn’t be more stoked to make it into the next round,» Stewart said. «I was definitely a little nervous going into that heat against Aurelien [Meynieux] because he surfs so well, but I just stayed focused and tried to keep my head in the heat. It felt so good to put my board on rail and really drive from the bottom-up and I was just thinking I may not even make this, but I’m going for it — so stoked to come down from it. This atmosphere is incredible, I’m completely blown away by all the people coming down to watch and cheer us on, it’s great.”

In an interesting draw, Emilien Fluery’s (FRA) beautiful style earned him a 14.67 heat total over the 18-year-old British upstart Joe Hornbuckle (GBR). The Frenchman’s ability to find the nose repeatedly as conditions slowed in their heat was unrivaled with great footwork during the thirty-minute bout.

“It felt really good to perform on a wave like this, it’s just a perfect right,” Fluery said. “You can see the tide change this wave from low tide barrel and when it’s coming in there’s a really good starting section that allows you to hang ten. It’s something that the judges want to see and we have to play with this combo from noseriding to that big turn for the bigger scores. Round Two is always a scary heat so to get through into the next round is a great feeling.”

A massive heat between Aussies Jack Entwistle (AUS) and Nic Jones (AUS) finished Round Two to round out the stacked Round Three matchups. In the end, it was Jones who topped his compatriot his powerful approach to critical sections of the wave.

“It was a little rough to pull Jack on the draw, but I’ve never surfed a man-on-man heat with him so it was a bit nerveracking knowing how well he surfs,” Jones said. “We had a lot of fun out there, there were heaps of waves coming through that heat and we just had a ball. I was just trying to blow through some [of the lips] out there, but as soon as you get out of flow it’s such a short wave that you just have to stay in the pocket the whole time. I was trying to keep my speed up and get those noserides, and just try to link it all together.

Tune in live tomorrow at 8:00am AEDT to witness more of the Kumul PNG World Longboard Championships at the beautiful righthand reefbreak of Tupira at www.worldsurfleague.com or by downloading the WSL App. Tomorrow’s call will determine if either men or women’s elimination Round Three matchups get in the water.